The Nightmare Before Spring Tide

Once upon a time in Denver, Colorado and its surrounding areas, it was February 2017 and the residents were experiencing one of the driest winters they had in a long time. They weren’t complaining though. The residents were enjoying the warmer than usual temperatures and anticipating an early spring.

Little did the Denverites know that there was a swarm of tiny monsters building an army all over the various suburbs. These monsters were destroying property south and west while remaining virtually invisible to their victims.

February turns into March and March into April. Lawns should be waking up from their winter slumber, “But why are they still sleeping?” ask the Denver Lawn Lovers. They begin to water, fertilize, and aerate their lawns in hopes that the yellow blades will turn green.

After doing everything they can with no results, the Denverites call their local lawn care company Erbert Lawns looking for answers. “How do I wake my lawn from this everlasting slumber?” they plead. It is now May, how could these lawns be stuck in dormancy?

With so many calls coming in with similar sleeping lawn stories, Lawn Scientists Johnny, Mikey, Dave, Brian, and Michael did an investigation. What could cause this? Families should be running around on lush green grass by now! They knew something must be done.

The Lawn Scientists took turns visiting the sleepy lawns. They took photos and samples, collecting all the data they could to figure out why so many lawns were affected by this sleepy curse.

What they discovered was far worse than they could have ever imagined. These lawns weren’t sleeping at all… when no one was looking each blade had every drop of life sucked out of it! The yellow patches were dead grass.

“How did this happen?!” roared the Denverites. They blamed Erbert Lawns for over fertilizing or spraying an incorrect weed control. They were angry. How could a professional company do something like this to them and in such abundance?

The truth is that Erbert Lawns was being framed by tiny monsters called Mites. The combination of the dry air due to lack of snow fall and temperatures being consistently above 40 degrees for the majority of the winter months created a perfect environment for mites to thrive. By the time anyone started to notice that their lawns were staying yellow, the mites were gone. No one knew until the damage was done. The only thing that could be done was for those who were affected to re-seed or re-sod.

So how can we prevent history from repeating itself when mites are virtually invisible?

Erbert Lawns came up with a program designed to act as preventative maintenance against these mites. We cannot predict how dry or warm this upcoming winter will be, but we can offer a piece of mind.

With the Mite Control Program, once a month during the winter months a Lawn Scientist will come out and spray a lawn surface insect control over the lawn. Any active Mites will be eliminated almost instantly.

Call Erbert Lawns to set up Mite control this winter so you can ensure you have that green lawn you love when spring comes! 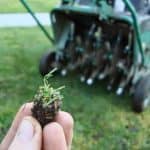 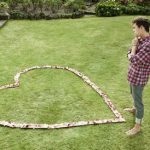 Be a Sweetheart to Your Lawn This Valentine’s Day!Seasonal